Why do people wind up staying in Druskininkai? 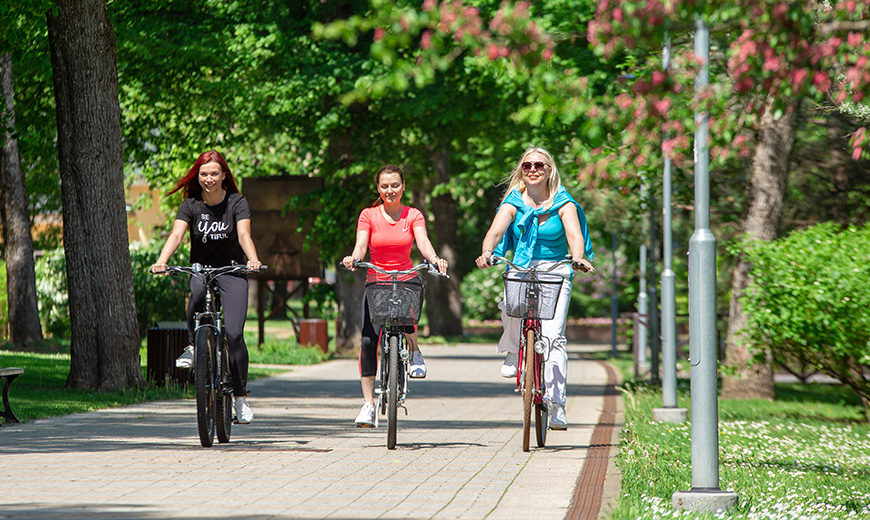 At least once in their lives, many people dream about reaching a point in their lives when they will be able to rest in a resort not just during their vacations. Learn about the stories of three people who decided to move to the resort before reaching a ripe old age. 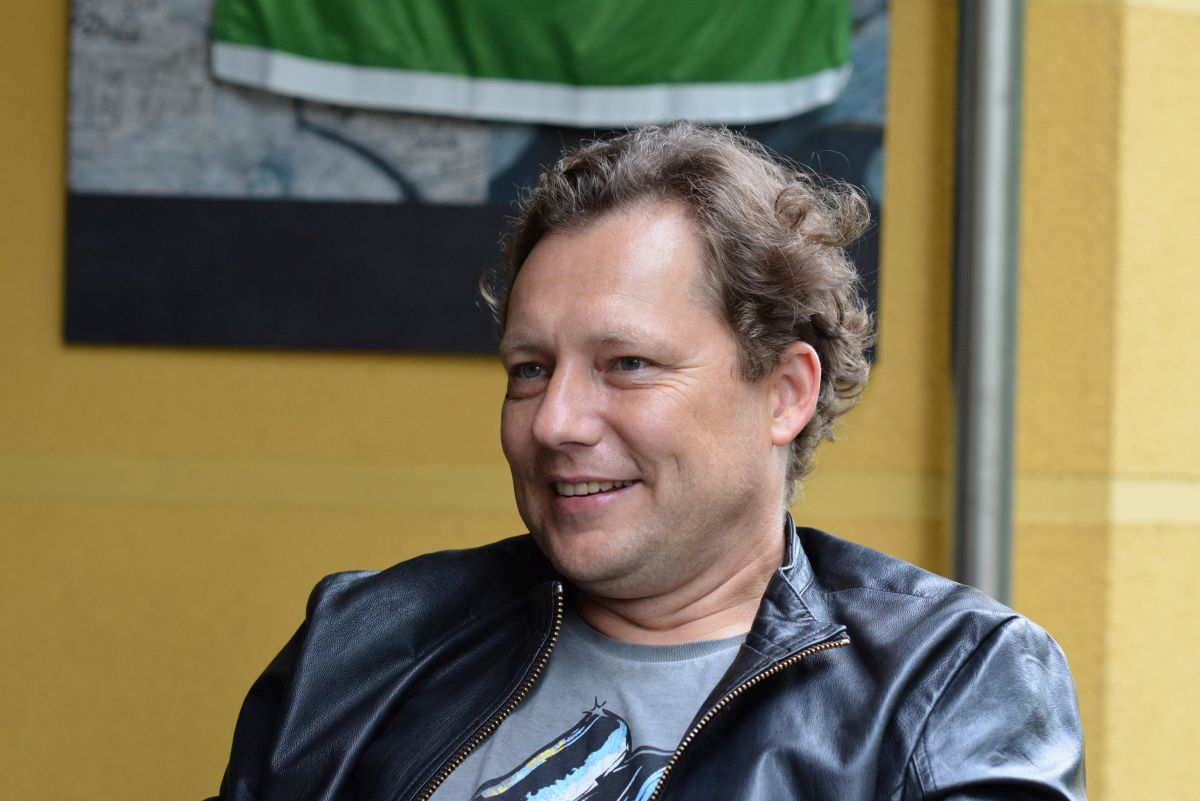 Former Vilnius resident Remigijus Žižys, who opened the Velvetti coffee and dessert cafe in Druskininkai in 2012, had no idea that he’d be featured on the list of the best restaurants in Lithuania just a few years later. According to him, it was an unexpected decision when he moved here from Vilnius with his entire family.

“We came to Druskininkai without big ambitions or a desire to move. We acquired some facilities here as an investment project. We thought we’d fix them up, sell them, and move on. As we took care of our work and drove around town, we saw that it was full of opportunities. There was wonderful infrastructure, and the resort was alive and full of people thanks to large objects like the water park and the Snow Arena. To be honest, we had no idea what we were paying taxes for when we lived in a suburb of Vilnius. We didn’t see the infrastructure because, in ten years, nobody had laid any asphalt on our street, even though the number of people was growing rapidly,” Remigijus explained.

He said that one of the reasons why he and his wife, Snieguolė, decided to move to Druskininkai was the strong schools and athletic, musical and art groups – and the fact that everything was at arm’s reach.

“We were taking our kids to school in September for the first time, stressed out. It was ten to eight and my son realized he forgot his backpack. We got home to pick up his backpack, made it to school in time, and 12 minutes later, I was drinking coffee at home on my terrace. That’s impossible in Vilnius. I calculated that I spent more than an hour each day in the car driving from home to work and back. That’s more than an entire day per month! Why should I waste that much of my life?” Remigijus asked.

He recounted one incident in which his head hurt from the air being too pure. On the way to Vilnius, he caught up to a truck and opened the window to intentionally breathe in the fumes and treat himself to some “Vilnius air” and chase off his migraine.

The new Druskininkai resident admitted that he didn’t manage to adjust to community life right away. “You get here and you see one Rotary club inviting you and another one inviting you elsewhere. The talk about local politics had also frightened me once. I told myself I’d raise a Swiss flag and not start anything with anyone, but over a few years, things took off and we’ve become normal locals,” he smiled.

Remigijus said that his Swiss flag wasn’t meant to pander to anyone. However, he passionately praised the municipality’s attitude towards businessmen. “The government people here are pumped up, they work like cultists, one project after another. ‘Lithuania begins with Druskininkai’ and so on. I thought they just leave the lights on Saturdays until I heard them through an open window, working at their keyboards. Turns out they’re working. Have you ever seen a municipality where there are people working on a Saturday evening? Have you ever seen them invite you to pick up a license that same day?” Remigijus wondered.

He noted that “life in Druskininkai happens backwards” because the work piles up during the weekends and summers. “We simply live differently now. If you know there’s going to be a play or other event, you relax, take half a day off, dress up, go have lunch, meet your friends, and have a relaxed time. You’re never pressed for time. There’s a different quality to your social time, I’ve gained a feeling for life. That backwardness of life can be beautiful,” he said happily.

Druskininkai is the perfect place to live,” said Remigijus. “Not for growing old, as many believe, but for here and now.”

What women do in Druskininkai 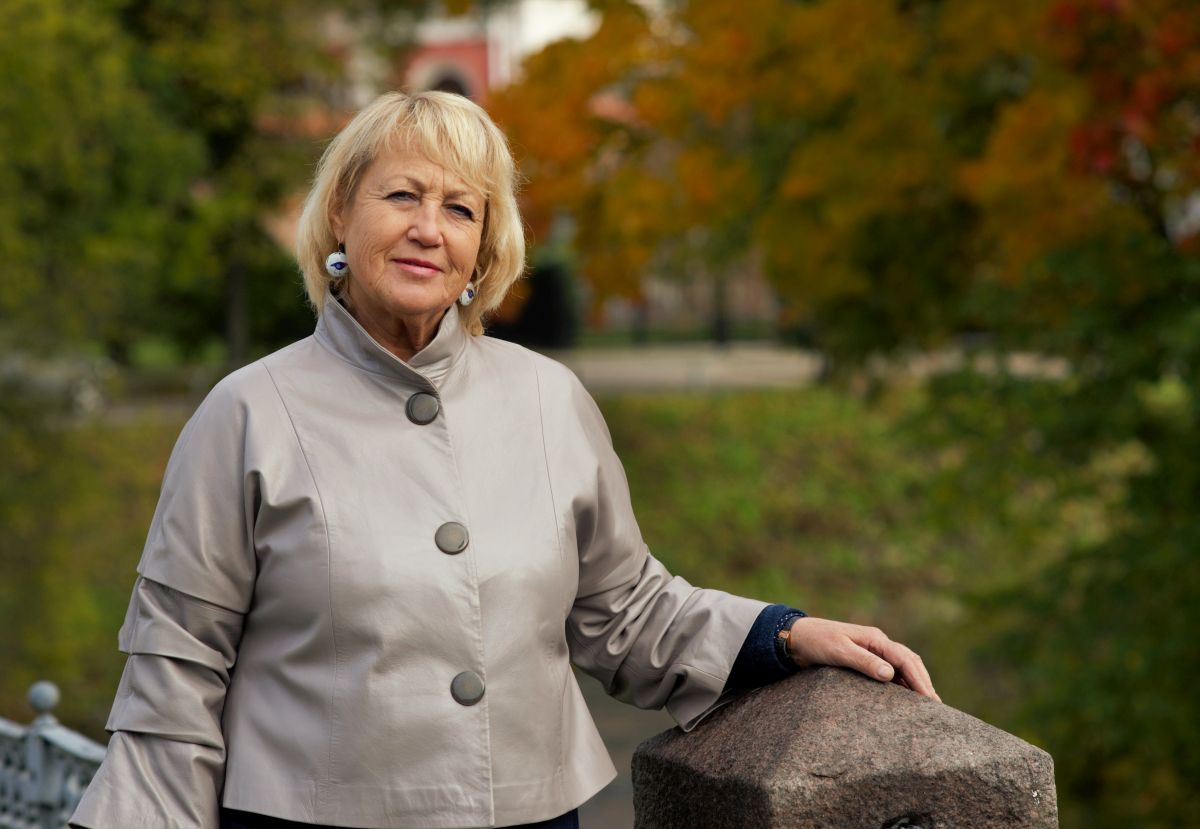 Former Anykščiai resident Sigita Šlapienė, who had lived for a long time in Panevėžys with her husband, often travelled to Druskininkai to relax, visit the spa, or walk along the pine forest paths. Eventually, this city grew so dear to her that her family bought an apartment in Druskininkai. Now, they call it their second home. While her husband spends most of his time working in Panevėžys, Sigita is putting the finishing touches on her title as the most active woman in Druskininkai.

“I feel alive during every day I spend in Druskininkai,” Sigita smiled. “Although I come here to rest, I’m always doing something. After all, us women always find something to do. I meet plenty of people in Druskininkai. I’ve been doing Nordic walking for the last seven years here. I walk at least 10,000 steps every day. That’s what doctors recommend. At home, I do yoga and Tibetan breathing. I take frequent bicycle trips, and during the summer and autumn, I go to the forest to pick mushrooms and berries. I barely manage to find time for everything. It’s never boring here.”

Sigita was happy that Druskininkai hosts plenty of cultural events. All you need is the desire and time to manage to visit everything. At the library, there are often meetings with famous writers. Naturalist Salemonas Paltanavičius often visits the city and holds classes, and there are events to honour M. K. Čiurlionis. The church often features music. There are pianist, organ and vocal concerts, and plenty of people gather to listen.

According to Sigita, this city is one of the safest and cleanest cities in our country. “All of the streets and paths in Druskininkai are well-lit, and the city itself is impeccably neat. If some flowers bloom and start wilting, they are replaced within a few days. If something breaks, everything is fixed within just a few hours. Flowers, colours, ornaments – they’re different every year. I always take photos of it all. I can’t stop, every corner here is beautiful.”

One of the woman’s favourite places in Druskininkai is K. Dineika park. In the summer, the park hosts exercises and dances, and it’s a good place to sit and read a book or simply sunbathe. Sigita greatly enjoys the rose bush aromatherapy in the park and is glad that everyone can find something to do here. There are playgrounds for children while adults can use table tennis tables.

“At this stage of my life, I have the opportunity to travel. Our group has travelled around much of Europe, Australia, Tasmania, and Vietnam, but Druskininkai refreshes my soul,” Sigita explained. “I always find energy and peace here. It’s so good to walk along the Nemunas. It’s an extraordinarily beautiful path. The forest, the clean air, the white moss… I walk out the door and I can already smell it all! In the near future, I’d like to move here permanently so I wouldn’t have to keep driving back and forth. I’m trying to talk my husband into it. I suspect I’ll succeed soon – he loves this city, too.” 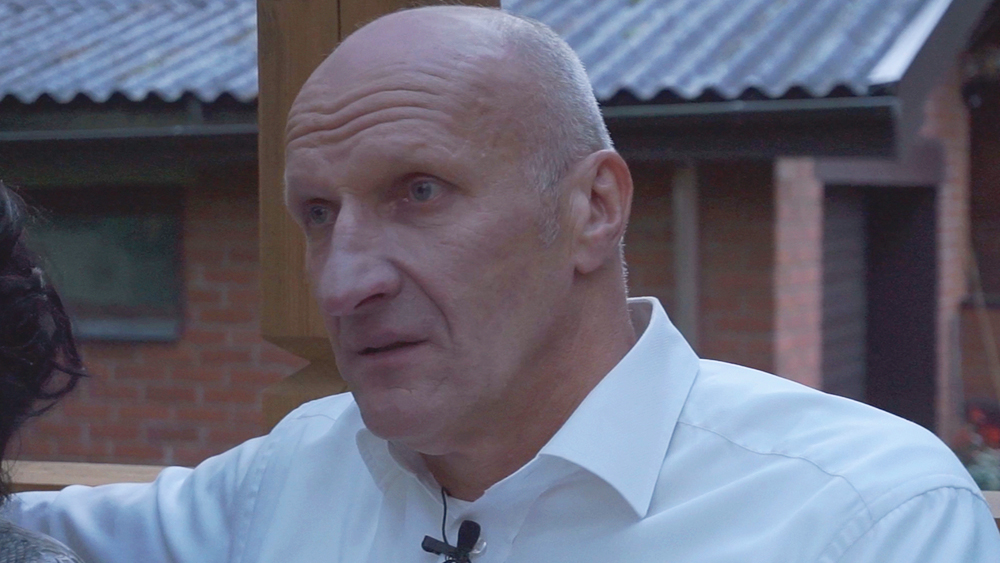 “I waited 25 years for my Druskininkai,” Vilmantas Matkevičius, a former basketball player for the legendary Vilniaus Statybos team, began his story. “I discovered this city in my youth. The first time I came here was for a basketball camp. I was enchanted by that white moss, the forests, and the lakes and rivers in the centre of the city. This city has an extraordinary aura. Even then, I thought that if I had to change something in my life, I’d move to this city.”

Vilmantas’ wife, Rasa, is also a Druskininkai local, but they first met in Vilnius at the student cafeteria in Saulėtekis. “It was quite an interesting and funny coincidence, that the most beautiful woman in the world came from the city I love the most,” the man smiled.

“After my career with Statybos, we left to live in Germany on a 10-year contract,” the former basketball player explained. “After 2-3 years, we began to dream about returning to Lithuania and moving to Druskininkai. We bought an old house there. We’d return there during our vacation every year to repair it and put it in order. However, it came to pass that we spent 25 years in Germany. That’s how long I waited for my Druskininkai!”

He reminisced about how he had to drive 1,500 km from Germany to Druskininkai for his first job interview. “I really wanted to return to work in Lithuania. After learning that there was an opening for a position at the Druskininkai tourism centre, I got in the car, drove there overnight, and got the job,” Vilmantas recounted. He is currently the director of the Druskininkai Sports Center.

Vilmantas loves the order that is maintained in this Lithuanian resort, which he had grown accustomed to after living in Germany for 25 years. “When our German friends visit us, they always notice the impeccable neatness and wonder at the infrastructure. We no longer even notice how much everything is changing here,” the man explained.

As someone who has engaged in sports since his youth, it is important for Vilmantas that Druskininkai offers a wide array of different spots. There’s plenty to do in this city as well. At the sports centre he manages, visitors can play basketball, handball, football, or volleyball, or they can wrestle. At the water park, they can learn to swim or dive, ski all year round at the Snow Arena, train their arm at the tennis courts, or play golf at the wonderful courses outside of the city.

“As someone who’s lived in Germany, where there are tens of water parks, I am surprised that the Druskininkai water park doesn’t need any municipal subsidies. It’s profitable and it pays its taxes honestly. That’s definitely an example of a successful business,” he explained.

Vilmantas admitted that he had once doubted whether he’d ever live in Druskininkai. “After independence was restored, the resort slowly started to become a ghost town with empty streets, street lights that were turned off, and crumbling sanatorium buildings. However, we made the right choice. We waited until Druskininkai blossomed again, and now we love living here.